The Five Most Common Engine Problems During Summer

Summer’s a great time for driving. Unfortunately, it’s also a popular time for engine problems. If you are in the Toledo OH area, there are certain problems that are simply more likely during the summer months. Below are five of the most common engine issues drivers might face as the temperature starts to rise. Your engine can get hot – up to (and sometimes even exceeding) two hundred degrees. When you factor in the summer heat, you can start to understand why this is one of the most common engine problems to hit during the summer. Always make sure that your car’s fluid levels are up to their proper levels and don’t be afraid to stop in for a top off – if you don’t, you could find yourself stuck on the side of the road waiting for assistance. There’s nothing fun about an overheated engine.

Your engine needs oil in order to keep the moving parts in motion. Unfortunately, far too many drivers let this part of basic maintenance go. During the summer driving season, you can see far too many cars sustain major engine damage because their drivers never took the time to get the oil changed. Get your oil changed when it’s due, and this is a problem you should be able to avoid. When it comes to preventative maintenance issues, this is probably the problem that you’ll be best able to handle – and angriest about if you skip out on an oil change. Getting poor gas mileage and looking at a check engine light even though your car is functioning well? You might be looking at an oxygen sensor failure. When your oxygen sensor fails, your car will receive incorrect data from the engine. Not only is this kind of problem irritating from a fuel conservation standpoint, but the simple problem can also cause you to fail emissions tests in many states. If you have a failed oxygen sensor, you’ll need to get it replaced as soon as possible so you can get back to your normal driving patterns. There’s nothing quite like having a radiator problem in the summer. If you haven’t had a coolant flush in quite some time, your car’s radiator can clogged by dirty coolant and lead to engine overheating. This is an especially big problem during the summer when your car’s engine already faces other overheating concerns. Always be on the lookout for this issue so you don’t risk causing further engine damage. Spark plug issues can seem minor, but they can actually lead to major damage. Most people think of a bad spark plug as something that stops ignition, but it can also cause misfires that cause ignition at the wrong time. This can actually lead to rather severe engine damage, so you want to make sure you take your car into a car repair facility in Toledo OH as soon as possible. Failure to do so can lead to bigger problems than you might be able to imagine.

Keeping your vehicle clean and appealing at all times is a way to maintain the overall value of your car or truck while also enjoying its use. Using a professional 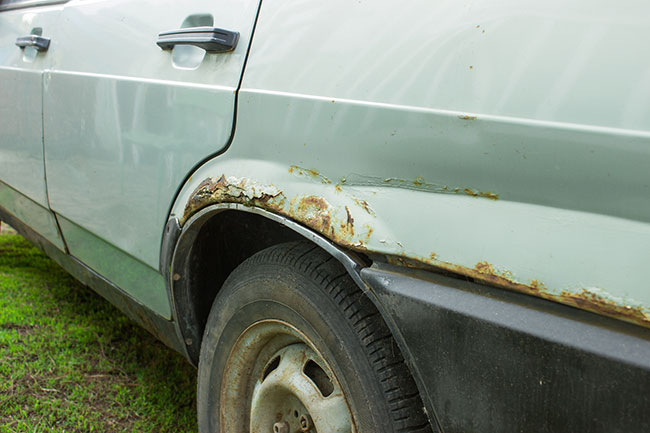 Nothing’s worse than seeing a spot of rust appear on your automobile. Even having taken the best care of this

Safer Driving The glare of the sun as well as of bright lights from oncoming traffic can be significant, and it can even be blinding at times. Tinted windows block